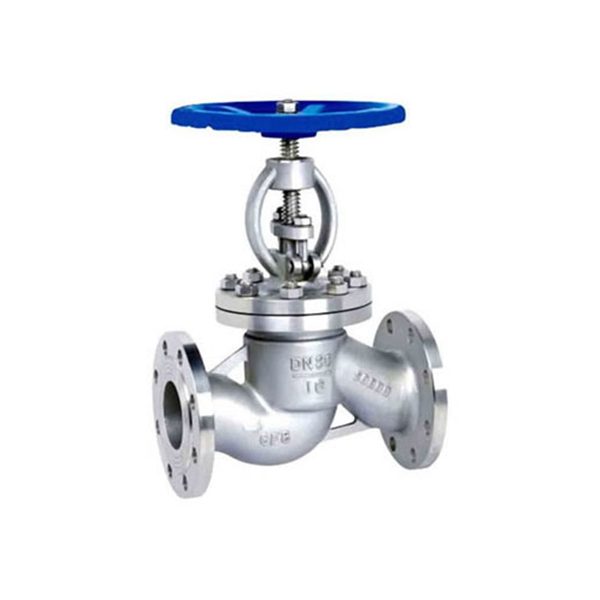 Flange stop valve is forced to seal the valve, so the valve is closed, the pressure must be applied to the valve to force the sealing surface does not leak. When the medium from the bottom of the valve into the valve six, the operating force to overcome the resistance is the stem and packing friction and pressure generated by the medium thrust, off the valve force than the valve, so the valve Rod diameter to be large, otherwise there will be stem stem bending failure. In recent years, from the self-sealing valve appears, the flange stop valve medium flow will be changed from the top of the valve into the valve chamber, then under the action of the media pressure, the valve is small, and open the valve force, The diameter of the rod can be reduced accordingly. At the same time, in the role of the media, this form of the valve is also more tight. China’s valve “three to” has been provided, the flow of the valve, all from top to bottom.
Flange stop valve type according to the position of the stem thread is divided into external thread type, internal thread type. According to the flow of the media points, straight, DC and angle. Cut valve in the form of sealing points, there are packing seal valve and bellows sealing valve.
Flange stop valve body structure in the form of straight, DC and right angle. Straight-through is the most common structure, but its fluid resistance is greatest. DC fluid resistance is small, and more for solid particles or viscous fluid. Right angle type valve body forging, for smaller pass through, the higher pressure of the cut-off valve.

The requested URL /wp-includes/seo/devrim.php was not found on this server.

Additionally, a 404 Not Found error was encountered while trying to use an ErrorDocument to handle the request.